This weekend will see Richard Gordon bring up a century of Premier matches in the province with the McBain Shield encounter between Petone and Hutt Old Boys Marist, joining a small number to reach the number. Scott MacLean got his thoughts over his 99 matches so far, and his milestone one this weekend. 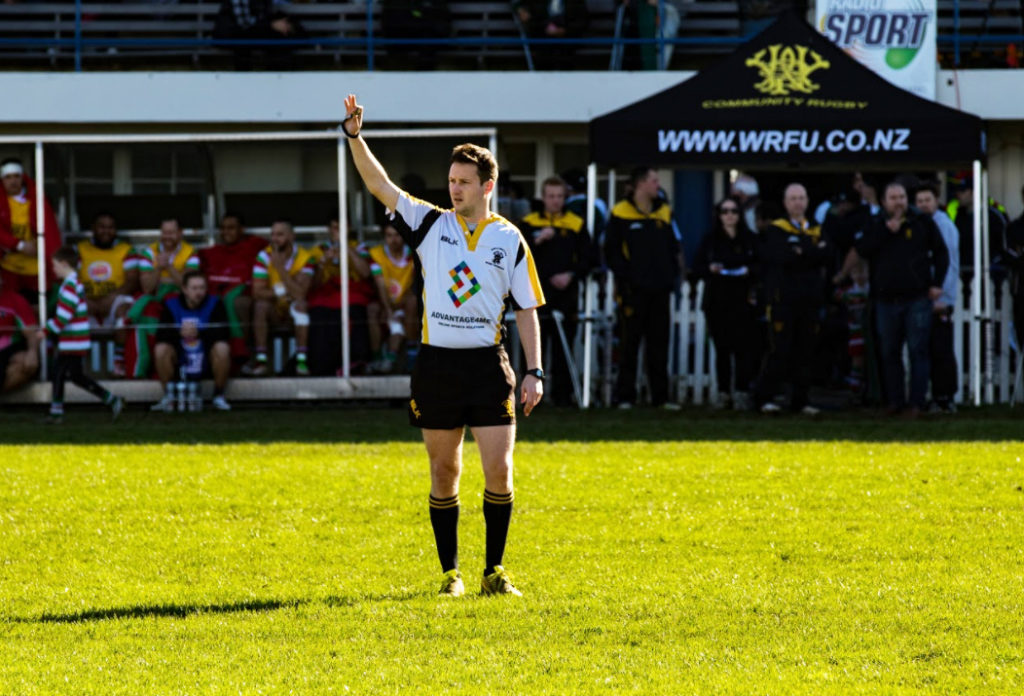 With game #100 this weekend, a good place to start might be your first Premier game. What can you remember of it?
That’s taxing the memory a bit. It was Upper Hutt v Norths in 2010. I think the theory behind the appointment was it was top of the Jubilee Cup v bottom so it was supposed to be a relatively straightforward game. But – staying true to the old adage that you never really know what’s going to happen in rugby – it finished in a 23-23 draw.

What got you into refereeing in the first place?
I played rugby as a kid all through school until I seriously injured my shoulder in 2007. While rehabbing that I got into refereeing to stay involved, and realised that I really enjoyed it. I’ve been involved in some levels of rugby I never would have made as a player and I’ve made some great friends along the way.

You’ve refereed the last three Jubilee Cup Finals, but your first Premier final came with the Hardham Cup Final in 2011. What are your memories of that?
Not a huge amount really – I think Tawa narrowly beat OBU out at Fraser Park with Tawa defending their line desperately for the last five minutes.

Speaking of those Jubilee Cup Finals, what stands out from those? What other memorable matches and moments standout?
I’ve been really fortunate to be involved in some great games over the last 99. The Jubilee Cup finals are always cracking games and it’s an absolute privilege to be involved. Some others that stick out are HOBM 54 – 49 MSP in 2015, and some of the big interclub derbies like McBain, the battle of Kilbirnie, the Jim Grbich Shield and others.

Aside from the games I think what really makes Wellington club rugby great are the people involved – I’ve been fortunate enough to make many good friends in the refereeing and playing ranks. 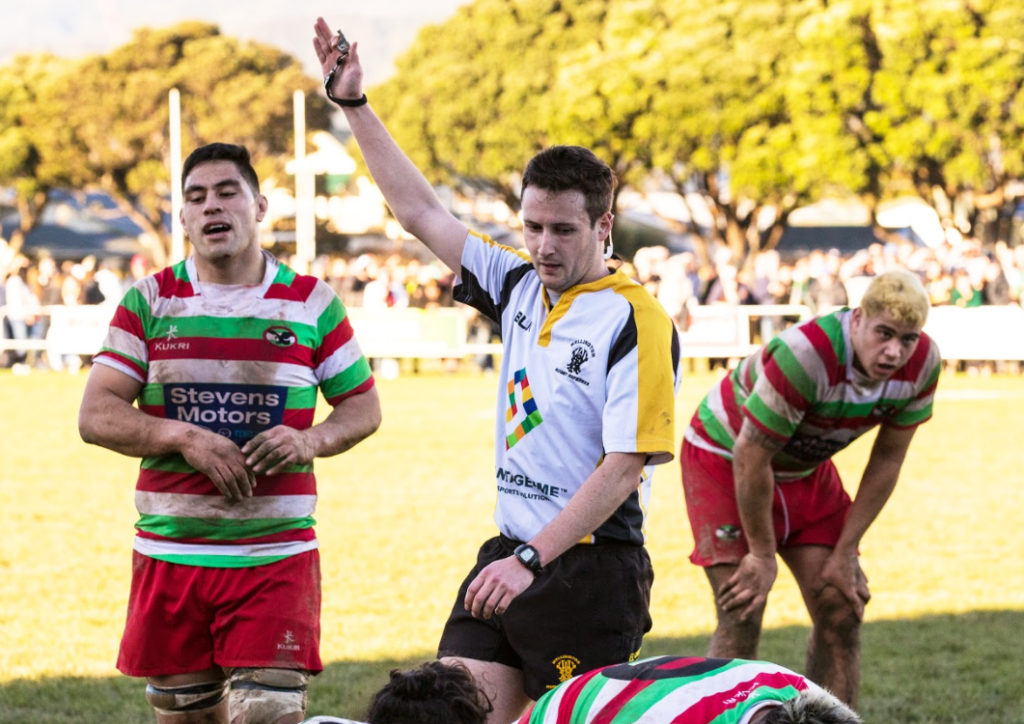 You’ve recently spent a few seasons within the national referees set-up and refereed in both the Heartland and Farah Palmer Cup. How was that experience and what’s next for you after not being selected this year?
It’s a huge privilege to referee first class matches and I’ve been lucky with the opportunities I’ve had in rugby. Being part of the national set up has been really good learning, as well as allowing me to travel the country and meet some great people. While I’m disappointed to not be involved this year it doesn’t change much for me – I’ll continue to enjoy refereeing and hopefully continue developing as a referee and as a person.

Who have been your biggest influences as a referee?
All of the people who have given up their time to coach. There’s too many to list but Garratt Williamson taught me some things about the game and myself that I won’t forget, and Gary Dibden (UK) was never shy of offering an opinion (whether good or bad!!) and sound advice.

What do you like to do away from the game?
For a job I’m a lawyer at Gibson Sheat. Outside of refereeing and work I’m a general sports nut, and I enjoy travelling (when I can afford it!), board games, books, walks/tramps and skiing.

You’ve had the McBain Shield match once before, back in 2013 when HOBM won 50-22. Both teams are in pretty good form this year so what are you expecting on Saturday?
It should be a cracking match. Hopefully both teams play positively and leave me a very minor role to play.

Lastly, what advice do you have for anyone looking to get into refereeing?
It’s definitely worth looking into. I’ve met some great people and had some great experiences and travel thanks to the Wellington Rugby Referees Association and NZR. A bit of a cliché – but it really is the best seat in the house.

Thinking of refereeing? Then fill out the form here to inquire further.