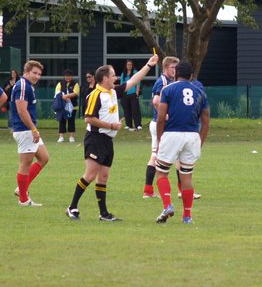 When a penalty or free kick is awarded in in-goal the mark for the kick is in the field of play, 5 metres from the goal line, in line with the place of infringement.

A ball carrier may hand off an opponent.

Hand Off An action taken by a ball carrier to fend off an opponent by using the palm of the hand.

§ International games will now have a 15 half time break for commercial activities. Wellington Union games will stay at 5 minutes as this is our By-Law and is allowed under the law. See Law 5 below:

After half-time the teams change ends. There is an interval of not more than 15 minutes. The length of the interval is decided by the match organiser, the Union or the recognised body which has jurisdiction over the game. During the interval the teams, the referee and the assistant referees may leave the playing enclosure.

§Law 10 updated to make it lawful for a player to play (push or hold) an opponent if they have possession of the ball in general play, by making it unlawful to do so if they don’t have the ball. See law 10.4(f) below:

Playing an opponent without the ball. Except in a scrum, ruck or maul, a player who is not in possession of the ball, must not hold, push or obstruct an opponent not carrying the ball.

Lifting a player from the ground and dropping or driving that player into the ground whilst that player’s feet are still off the ground such that the player’s head and/or upper body come into contact with the ground is dangerous play.

Crutch tackles where a tackler puts his arm between the legs and lifts a leg or both legs of an opponent off the ground should be managed as this can lead to a dangerous situation.

§ A free-kick is to be awarded for a mark made in-goal by a defending player, and the mark for the kick is taken to 5m from the goal line, in line with the place of the mark. See Law 18.2 below:

The opposition must still be 10m from this mark (i.e. at least 15m from the goal line), at the time the defender indicates he is taking the free kick even if heshe chooses to take the kick well behind the mark in the in-goal. If they choose to go in-goal to take the kick, the opposition can run as soon as they begin to take the kick and if they charge the kick down they can score a try or be awarded a penalty try if prevented from legitimately scoring from the charge down.See Law 21.4(f) & 21.8(g) below:

Kick taken in the in-goal. If a player retires into in-goal to take a penalty or free kick awarded in the field of play and a defending player by foul play prevents an opponent from scoring a try a penalty try is awarded.

If a free kick has been awarded and the player retires to in-goal to take it and the opponents charge and prevent the kick from being taken, a 5-metre scrum is ordered. The attacking team throws in the ball. If a free kick is taken in the in-goal, an opponent who legitimately plays it there can score a try.

§ Can a halfback put his hand on the ball while it is still in the ruck and hold it for 3 secs before pulling it out? Or does that action constitute the ball now being out? Ian Dallas (Chairman) reiterated that you need to manage this situation and decide what your standard will be and stick to it, but this was an opportunity for all referees in the association to practise a consistent standard. Is the standard when they touch it, when they free it from the ruck, or do you give them 1 sec to get the ball out from when they put their hand on it? You can ask the halfback to get it out quick if you think he is holding it in the ruck.

Also watch for players in the ruck (even if standing and bound in the ruck) pushing the ball back with their hands, as this needs to be penalised. Players need to use their feet to ruck the ball backwards (an action that seems to have fallen out of favour) or drive over it to make it available.

§ If a player at the back of a maul with one arm bound and the ball in the other arm, then losses their bind, they cannot then re-bind as this puts their team mates in front of them offside or acting as an obstruction. This action should be penalised. 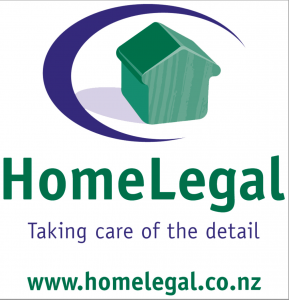