Home News Gavin Wilson in France but refereeing in Switzerland

Gavin Wilson in France but refereeing in Switzerland

One of members Gavin Wilson is currently based in France close the border of Geneva. He has sent through this little piece about his experiences refereeing in Switzerland.

Just thought I would drop the WRRA  a wee note given the season here is under way.  Swiss rugby is broken up into national club leagues, remembering the Switzerland is 1/6th the land area of NZ, with the divisions

-Excellence A (Premier Reserve, for the LNA teams)

-Excellence B (Reserve grade for LNB)

Seven of the 8 LNA clubs are within an hour of my place (we are 20 minutes from Geneva, but living in France), the other is in Zurich.  By contrast a couple of LNC teams are 5 hours away by car, hopefully I don’t get those games.

So far I have had four games, one pre-season between Hermance, a LNA team, and a neighbouring French side from Annemasse, an U18 game between the top two teams from last year, an Excellence A and a LNB game.  Next week is an Excellence A game again.  I’ve also AR’d 2 LNA games.  I’d say the LNA games would be somewhere about First grade/Premier Reserve.  The level of skill is good, application and intensity is high, but there are very few giants playing.  There are lots of Brits playing, and a player/coach from Zurich who played 4 years in Hamilton, and a couple in Auckland.  I’m going well so far, and hoping to get some LNA games in the second half of the season, if not I’m happy with the Ex A/LNB level.  There’s lots of expats refereeing here, and plenty of good chatter about who cheats the most.

There’s not much dissent from players, less chatter, very little niggle and a really good spirit.  There’s really no argument at card time either.

The season here stops for December thru to February, for cold and snow, then restarts for the league and the challenge trophies.  I think we finish in May/June.

Players (and clubs) are fined for red and yellow cards.  We use a white card for technical faults e.g. repeat infringements.  Effect is a 10 minute sit down, but there’s no sanction afterwards, and is only recorded as a number against h team not a player.

The Global Law trials are going well,  in essence the rules around planes of the touch, 22 and goal are immaterial at this level, scrum changes (must hook, no signal to 1/2, 9 lining up off centre, 8 picking up from locks’ feet) are easy, the ruck law is tidier with everyone entering through the gate, and offside lines created by a one man ruck.  Contention is whether or not the jackal has to release the ball when a second player joins.  It’s clear to me that they have to release, based on “no hands can be used” but in true European fashion the minutiae must be debated.  We’ll see how the AB tour goes (I’m going to Paris for the match there).

I’ve attached a few photos, from my U18 game (note the WRRA socks, gear is in short supply here), and a view of the Alps from my last game.  I’ve also taken a photo of the match docs (minimum 6 pages, more if yellow or red cards), the six pages are 2 page match report, two team sheets, replacements schedule (I track these on field) and my expense claim for the match fee (paid in cash by the home team after the game).  I have to check the license for each player and official against the team sheet before the match, and ensure they are eligible for the grade.  NZ refs are so lucky with the lack of paperwork.  After the match I have to text the result to the FSR within one hour (score and # tries each), and then scan/photo the docs in within 48 hours.

Practically every ground is fenced so touch lines are clear, most are community grounds and well kept, with separate changing rooms/showers for the refs, so it’s a bit of luxury really.  The home team provides a light meal for both teams after every game, right down to U16 level. At Monthey on the weekend the home team dismantled the posts after the match, and replaced them with the football goals, it was amusing to watch.

I see 7s season is well under way there, and hopefully summer treats you all well.  Maybe we can find a good sponsor and do an interchange. 🙂 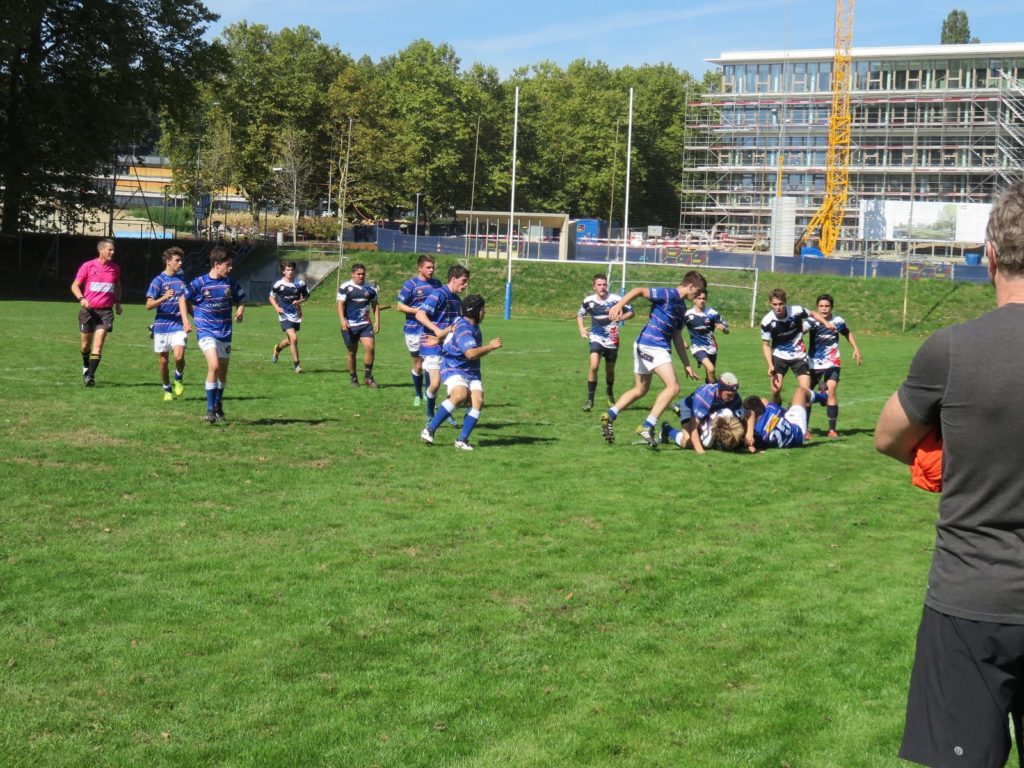 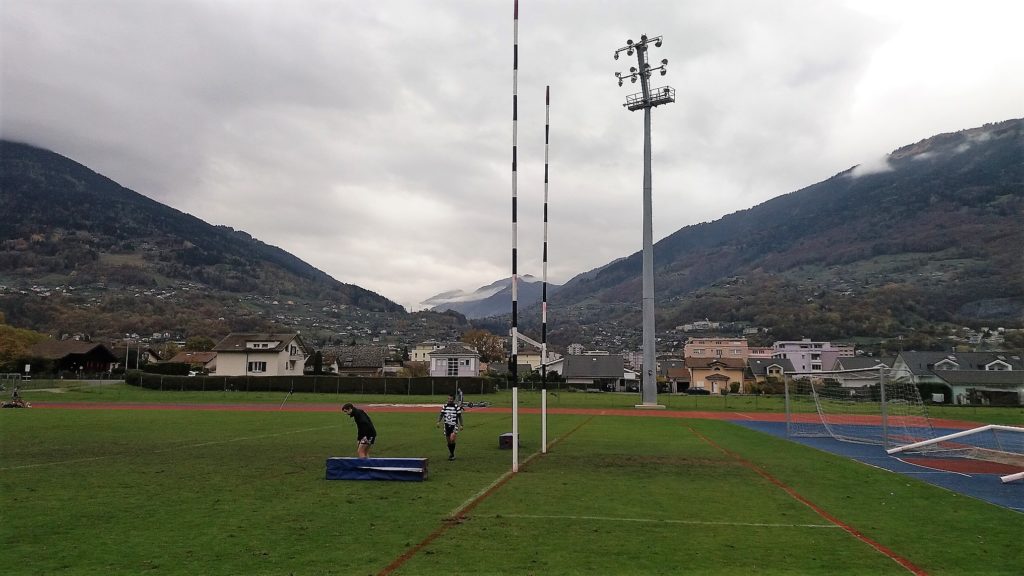 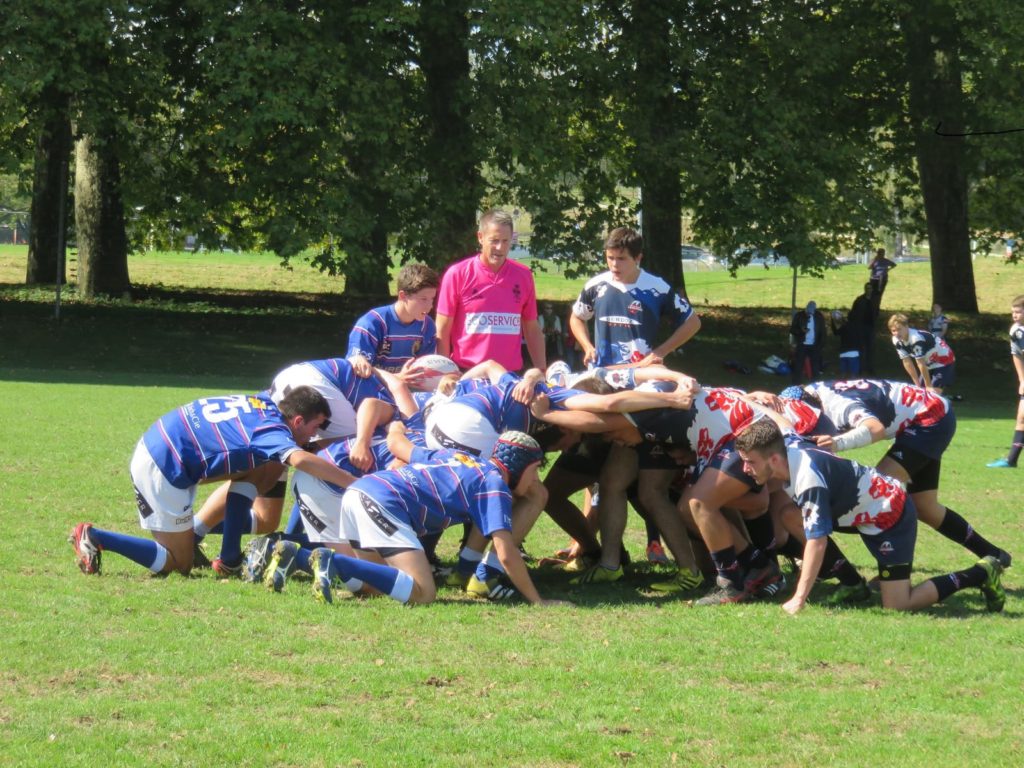 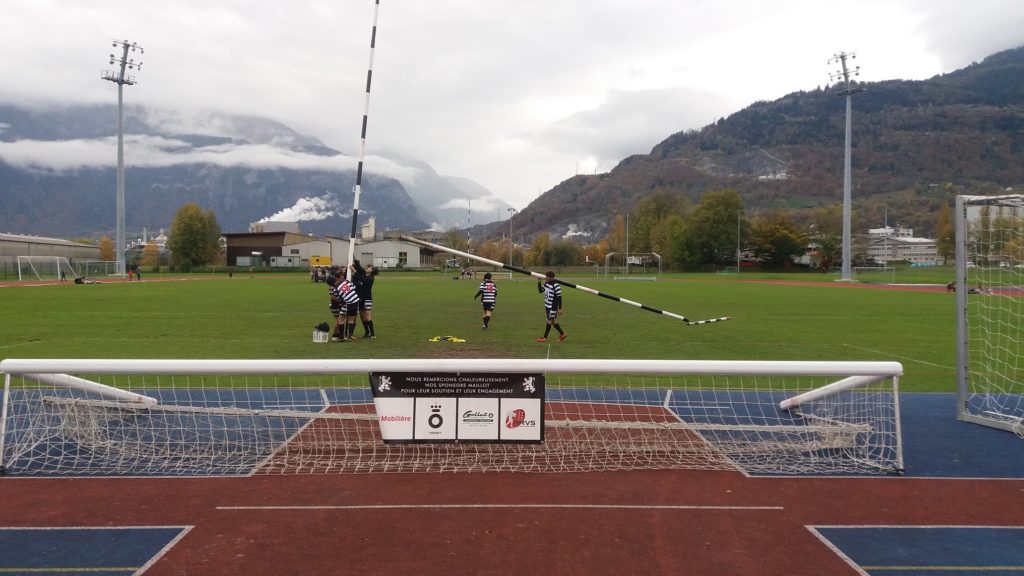 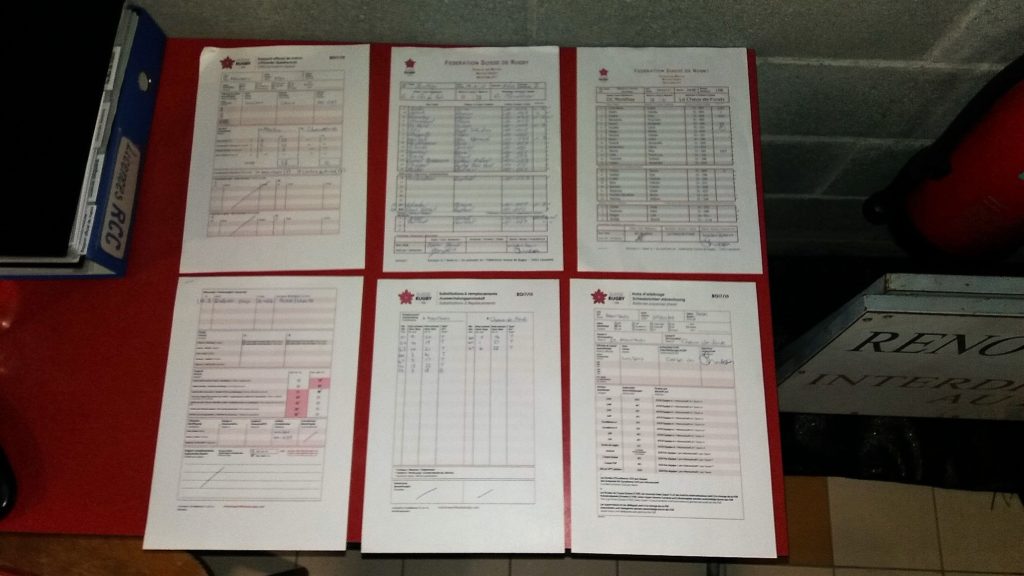