We have been catching up with some of referees and finding out about them and why refereeing rugby is appealing.
Vincent Ringrose, who is in his 8th year of refereeing with the Wellington Referees after starting while still at St Patrick’s College in Silverstream. Vincent has worked hard during that time and has been lucky enough to referee in the ‘sand pit’ of Dubai and already has 3 first class games to his credit. 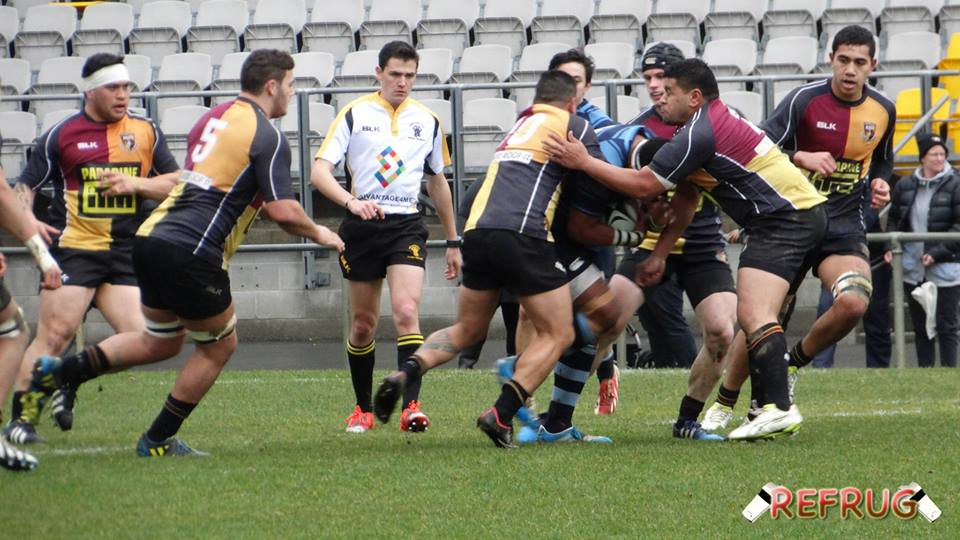 When did you start refereeing?
2008

Did you play rugby?
I played for Northern United mainly as a centre or fullback.

Are you involved in other sport?
I played 1st XI cricket for St Pat’s Silverstream and went on to play for Eastern Suburbs Cricket Club.

Why did you get involved in Rugby Refereeing?
Like every kid growing up in New Zealand I dreamed of being the next Christian Cullen but learnt very quickly that I was never going to go far as a player. Refereeing gives me the opportunity to be involved in rugby at levels I would never have been able to reach as player.

What is the highest level you have refereed at?
Heartland Championship

What is the best moment of your refereeing career?
Selection in the New Zealand Development Squad in 2014 was my best moment as it has allowed me to become involved in the Heartland Championship and other representative appointments throughout the country.

What is your most enjoyable moment while refereeing?
The most fun I have had refereeing is at the Dubai Sevens tournament in 2013 and 2014. Meeting referees from all over the world and being involved in a 3 day tournament that has 500 games of rugby played – sun, sand, rugby and mates – it doesn’t get much better than that!

What goals do you have for refereeing?
I have lots of short term goals that culminate in me achieving my long term goal of refereeing international rugby.

What advice do you have for someone considering refereeing?
Every referee you talk to will generally say they wish they had started refereeing sooner given the opportunities that are available to you. Don’t put it off, get involved as soon as you can.

What advice do you have for someone that has just started refereeing?
Get yourself alongside people you look up to and people who are knowledgeable on rugby and refereeing. If you’re looking to go up through the grades; identify what sets referees a level above you apart and close that gap.

What do you want to achieve from a game of rugby that you are refereeing?
A fair contest in which players were given the opportunity to play rugby that spectators and players enjoy watching and being involved in.

What other things about refereeing do you enjoy?
I have made friends all over the world;
I get to be involved at domestic and international rugby games at the Stadium on the side line;
I have been able to travel to remote parts of New Zealand that I would never have visited otherwise; and
I have been able to travel abroad to Dubai and Australia thanks to my Wellington Rugby Referees Association.